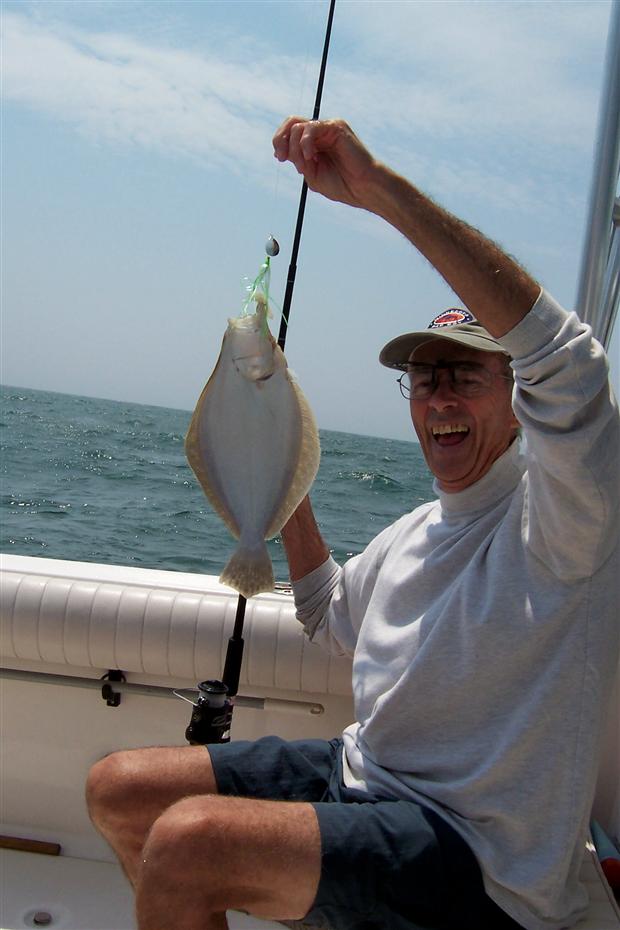 Description: Ocean Pines Angler Mike Gough holds up what one would expect to catch in an event called the MSSA Flounder Tournament. Mike traveled over 13 miles offshore enduring 6 to 9 foot seas for his catch and was seen sobbing and muttering something about it not being fair shortly after releasing the undersize fish.