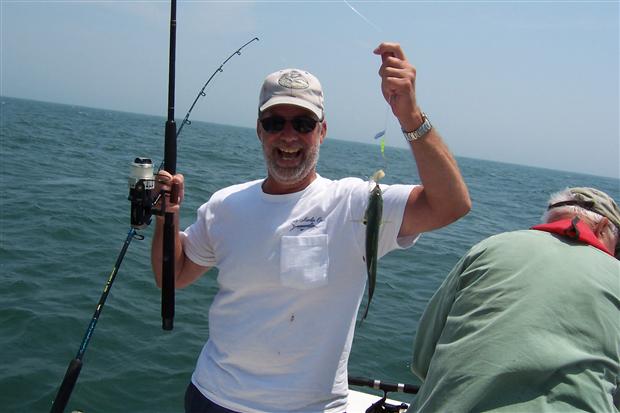 Description: Ocean Pines Angler Rick Kubiak is shown with the fish he attempted to pass off as a flounder in the MSSA Flounder tournament. His attempts at flattening out the bluefish were for naught. It was somewhat understandable considering he endured a 26 mile round trip in 6 to 9 foot seas. As the seas continued to build to threatening heights and storm clouds formed eternal optimist Rick was heard suggesting to boat Captain Fred Lynn that perhaps they should head up to the Delaware Bay!!!