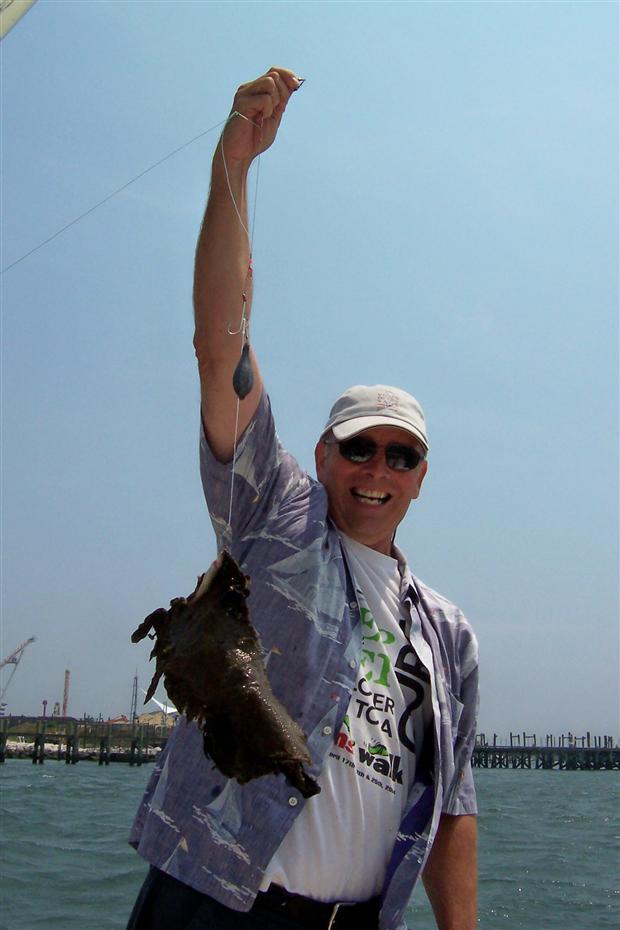 Description: Ocean Pines Angler Jack Barnes holds up what turned out to be the most unique fish species caught during the MSSA flounder tournament. The rare and fearsome Canvasfish, seldom seen in Ocean City waters, was fought for nearly 20 minutes in the channel just south of the RT 50 bridge. Being the sportsman that he is Barnes released his catch back into the bay so other anglers might have the same opportunity to catch this unique species.