Four years ago the voters of Ocean Pines elected Republican Chip Bertino to fill the Worcester County Commissioner seat vacated by the retiring Judy Boggs. History shows the voters made an excellent choice. Bertino is now running for re-election and hopefully, voters will send Bertino back to Snow Hill. Bertino has represented District 5, the only District 100% within the Ocean Pines subdivision, with integrity and fiscal responsibility. Simply put -- Bertino is a good man.

Four years ago, post-election, Bertino made a point to visit and get to know management and workers in all the various County departments. His goal was to make sure he understood those departments when budget and other related issues came before the Commissioners. He has also held regular Town Hall Meetings at the Ocean Pines Library with two primary goals: bringing individuals in county government to a setting where they could interact with area citizens, and allowing citizens ask questions and provide input.

In short, Bertino tries to obtain as much knowledge and information as possible about the various county operations and the desires and concerns of the voters in his District.

To use the vernacular, it is a "no-brainer" to elect Chip Bertino and return him for another four years to a seat on the Worcester County Commissioners.

If you want a County Commissioner who will watch your tax dollars like the proverbial hawk, vote for Chip Bertino.

What's a parade without politicians? Worcester County Commissioner Chip Bertino and wife Susan wave to the crowd during OPA 50th Anniversary Parde on 6/2/2018. 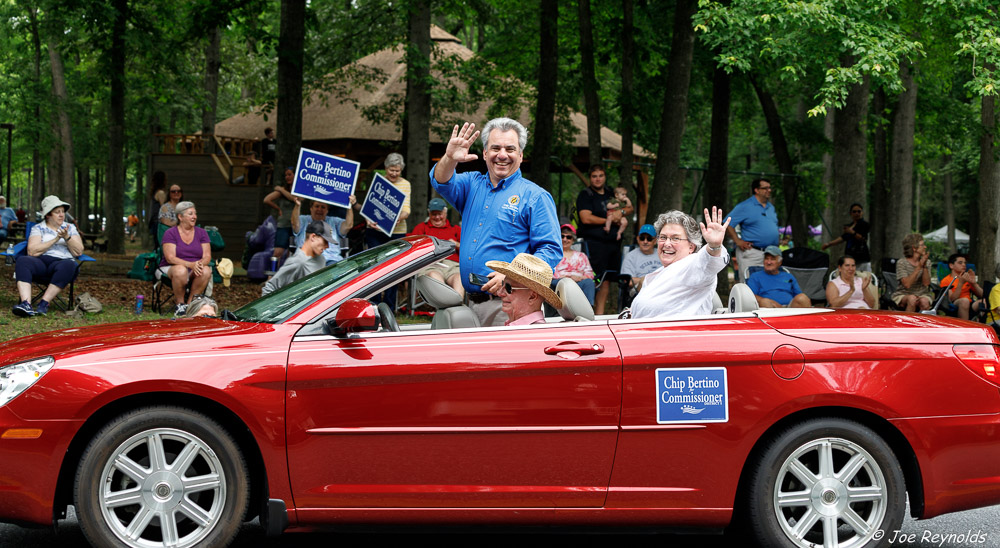