Note: Audio does not start until just past the one minute mark in the video.

Special OPA board meeting to resolve issues related to new Yacht Club construction 9/26/2013 after publication of commentary below:

An open letter to the OPA Board of Directors

As an association member I am very concerned about the Board of Directors abdicating its responsibility to the membership by allowing General Manager Bob Thompson to essentially do what he wishes with regard to the new Yacht Club. No single person should have such broad unilateral authority over the future of this major construction project approved by the membership in referendum.

For example, I will currently call your attention to only one rather alarming item – Thompson told the board on 9/18/2013 that he was eliminating the river rock stone facing as shown on the referendum drawings, and would, instead, save money by using split block. The GM mentioned something about the county not allowing the stone. Frankly, I find this unbelievable. Using split block in place of stone on the new Yacht Club would be unforgivable, especially since the only purpose is to provide more change order "play" money for the General Manager, despite any OPA-Land spin to the contrary.

Look at the images below. The first two show the river rock facing association members were told would be used. The third shows the split block Thompson unilaterally decided to use. In fact, I'm told some of this cheap stuff has already been installed as a part of the pool project. All done without board approval.

For anyone who thinks the tail is not waging the dog, consider this: At the recent board meeting OPA president Tom Terry said he had not yet signed two change orders totaling about $110,000 because the board had not yet given him the authority to do so. However, the work has been completed and paid for, solely on the authority of Thompson. Thompson apparently has more authority than the OPA president! The situation is nonsensical. There are inadequate internal controls on Thompson.

Below is the building as shown to association members who overwhelmingly approved the Yacht Club referendum, with stone facing material, and, to my knowledge, as set in our contract with Harkins Construction. 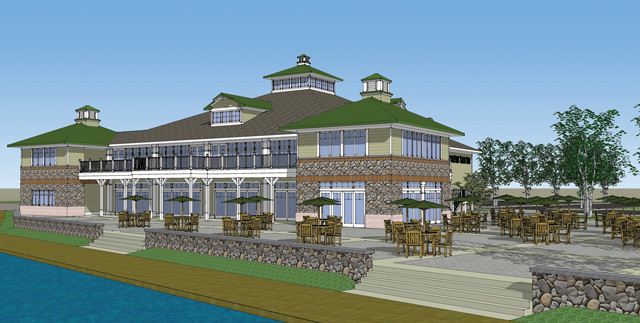 Below is a close up image showing the stone facing as set in the referendum:

Below is an image of Thompson's split block. This is essentially no more than concrete block with a rough face, the sort of thing used on warehouses or cheap strip shopping centers. Replacing all the stone facing with split block is going to make this building look cheap. 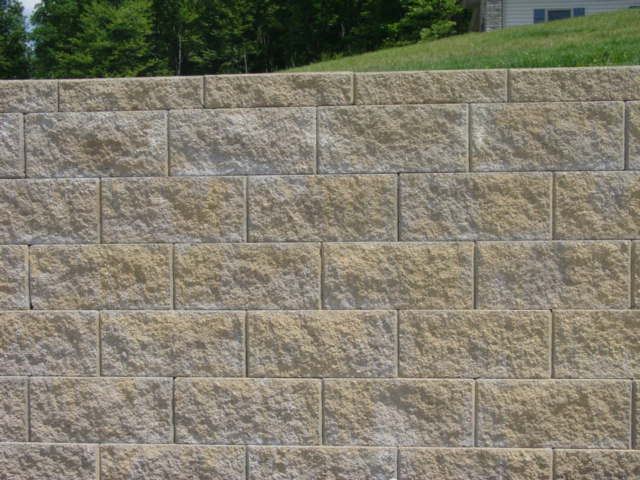 It is time for the board to exercise its responsibility to the membership and become involved in all these decisions or OPA may end up with a final product the membership will not like.

The board had the overwhelming support of association members on this project. Don’t allow the General Manager to mess it up. Give us what we voted for; give us the building you told us a “yes” vote would produce.

This $4.3 million project belongs to us, the association member of OPA who are footing the bill; it is not the General Manager's private project to manipulate as he sees fit.