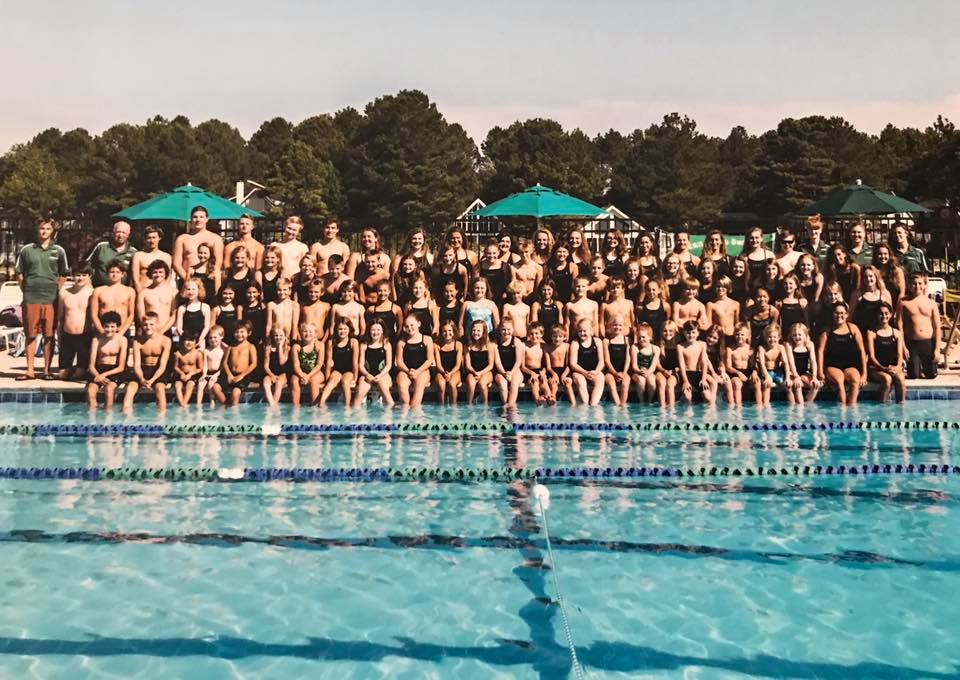 Description: The Ocean Pines Hammerheads Swim Team , under the direction of Head Coach Brooks Ensor, and assistant coach Kelly Adelhardt, completed the first undefeated season this summer in over 10 years. The team competes both regionally and across the state of Maryland. Over 120 swimmers were a part of the team this summer who went on to compete in the Delmarva Championship meet in July and placed seventh out of the twenty-three teams that competed . Several long time standing team records were broken by both individuals and relay teams. Standouts were Gracie Coker, who broke the 1999 11-12 Girls 50 Yard Butterfly record with a time of 30.32s, 11-12 Girls 200 Yard Medley Relay 2:10.29s G. Coker/T. Harner/E. Sperry/Kayden Hamby and 11-12 Girls 200 Yard Free Relay 1:54.12s G. Coker/T. Harner/E. Sperry/Kayden Hamby. Both relays bested records set in the 1990s. The team has consistently been represented at the Maryland State Championship Meets for both the Long Course and Short Course seasons since joining the USA arena two years ago. The Hammerheads will hold evaluations for this upcoming season for any interested new swimmers on Wednesday, August 30th or Thursday, August 31st from 5:30-6:30pm at the Ocean Pines Sports Core Pool. Practices will begin on September 11th.