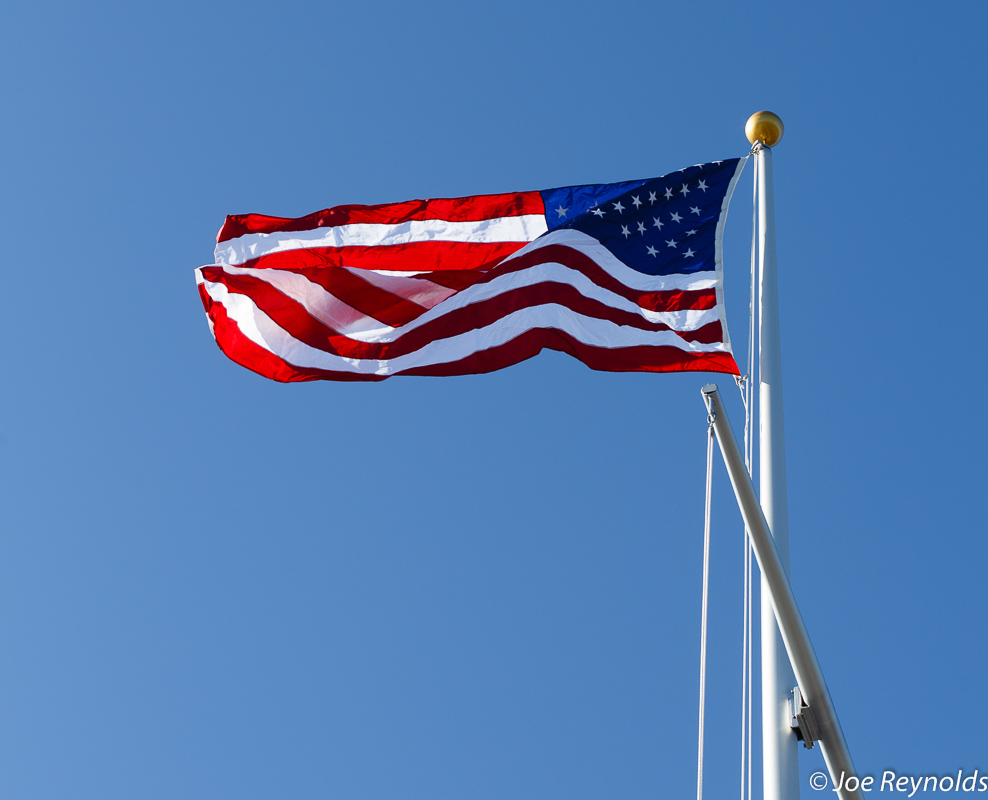 D-Day survivor John Sauer USA (gentleman in purple jacket), who landed at Omaha Beach on June 6, 1944, as a member of the 29th Division, raised the first flag.  He was assisted by WW II Veteran Nate Pearson and Bob Thompson, USAF Ret, and GM of Ocean Pines.  John received a Purple Heart and Bronze Star for his bravery.