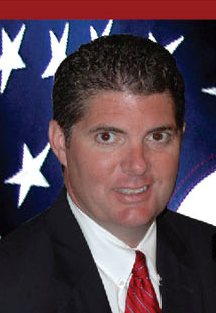 As the new General Manager of Ocean Pines, Bob Thompson is a breath of fresh air.

Now that he has had an opportunity to settle into the job, it is absolutely clear those who didn't think he was qualified, or that OPA should go on some nationwide search for a new GM, were totally off base. Thompson is ideally prepared and suited for the job. He is enthusiastic, articulate, and not afraid to mix it up with the Board of Directors when it comes to pushing his case for one issue or another.

While this does not mean all association members will be happy with every decision Thompson makes, it does mean association management is in good hands. Thompson's most pressing challenge is making a success of the Yacht Club. While my initial reaction was to allow Billy Casper Golf to take over all food and beverage operations, I have come to the conclusion OPA President Tom Terry was correct in his opinion that if Thompson wanted a shot at turning the Yacht Club around, he should have it.

The new Yacht Club operation is slated to open on Friday, November 26th at 6 A.M. Initially it will be open seven days a week for breakfast and lunch. The anticipated daily upstairs dinner service will begin in the near future. Success or failure remains to be seen, but every association member can rest assured Thompson will give it his best..... the man knows no other approach.